How do we memorialize the pandemic? 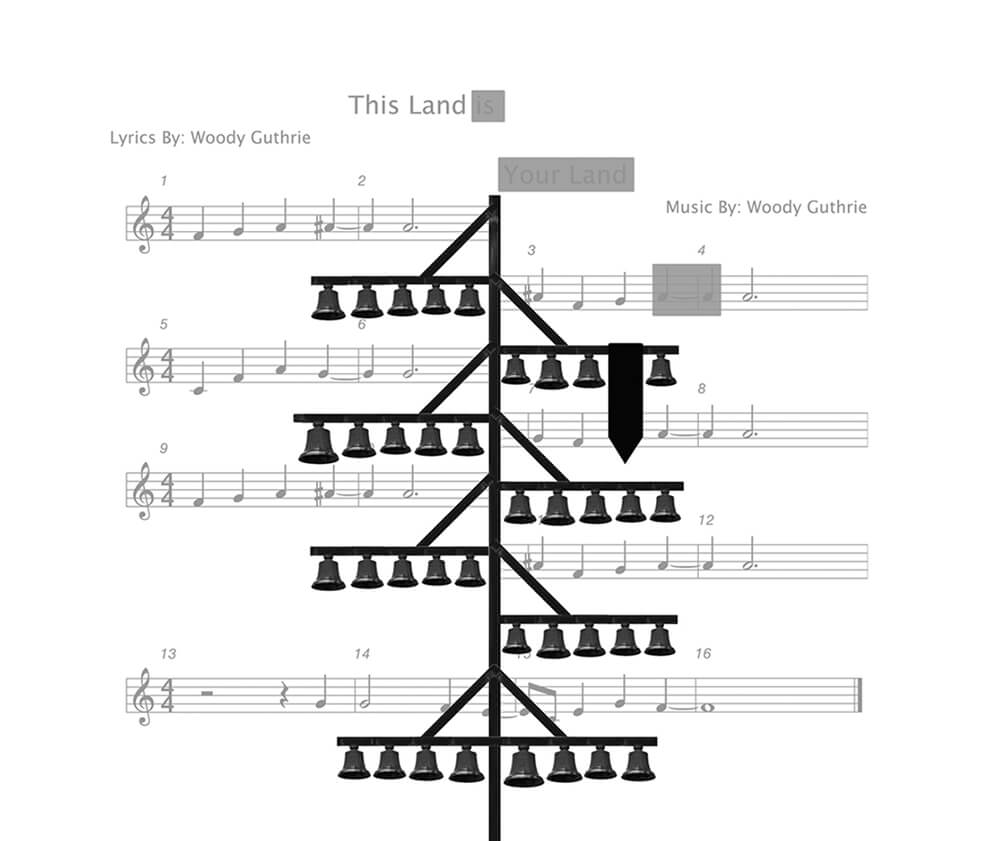 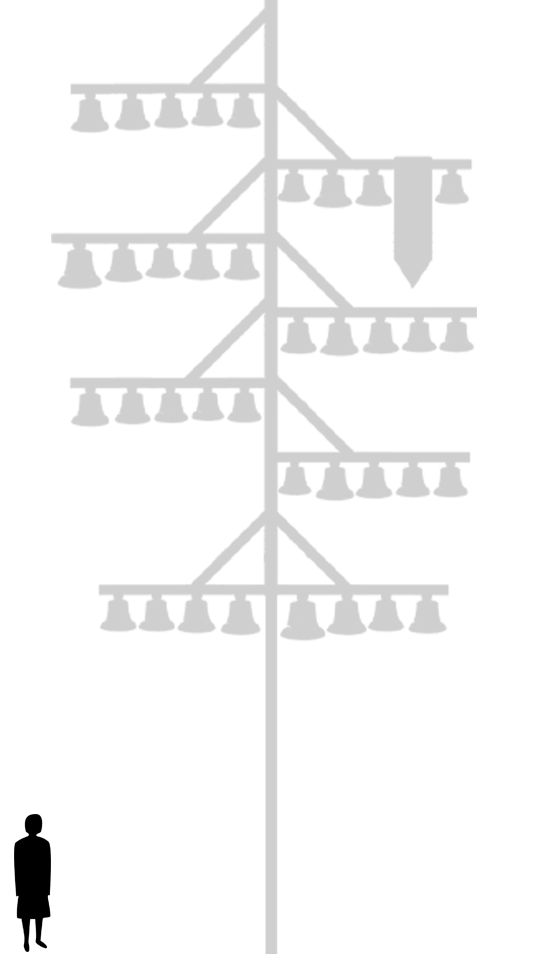 This 40-feet-tall memorial would be an automated carillon that plays 37 of the 38 notes in Woody Guthrie’s “This Land Is Your Land.” The ninth note, or ninth bell, would be replaced by a black banner. When the bronze bells ring the tune and they get to the ninth note, there would be a silence in the melody. A void that can never be filled.

This memorial would also have a performance-based and dispersed version in the form of a set of 37 concert handbells and a black flag — to be played by 38 people. Each performer would hold and ring a bell in succession, playing a single note of the Guthrie melody. The ninth person would wave the black flag instead. Thus when the song is performed, there would be a gap in the melody.

There can be many of these performance kits that different communities can borrow to perform this now broken melody when they want to commemorate the deaths in their communities.

Paul Ramírez Jonas is an artist based in Ithaca and Brooklyn, N.Y. He is the chair of the art department at the College of Architecture, Art, and Planning at Cornell.