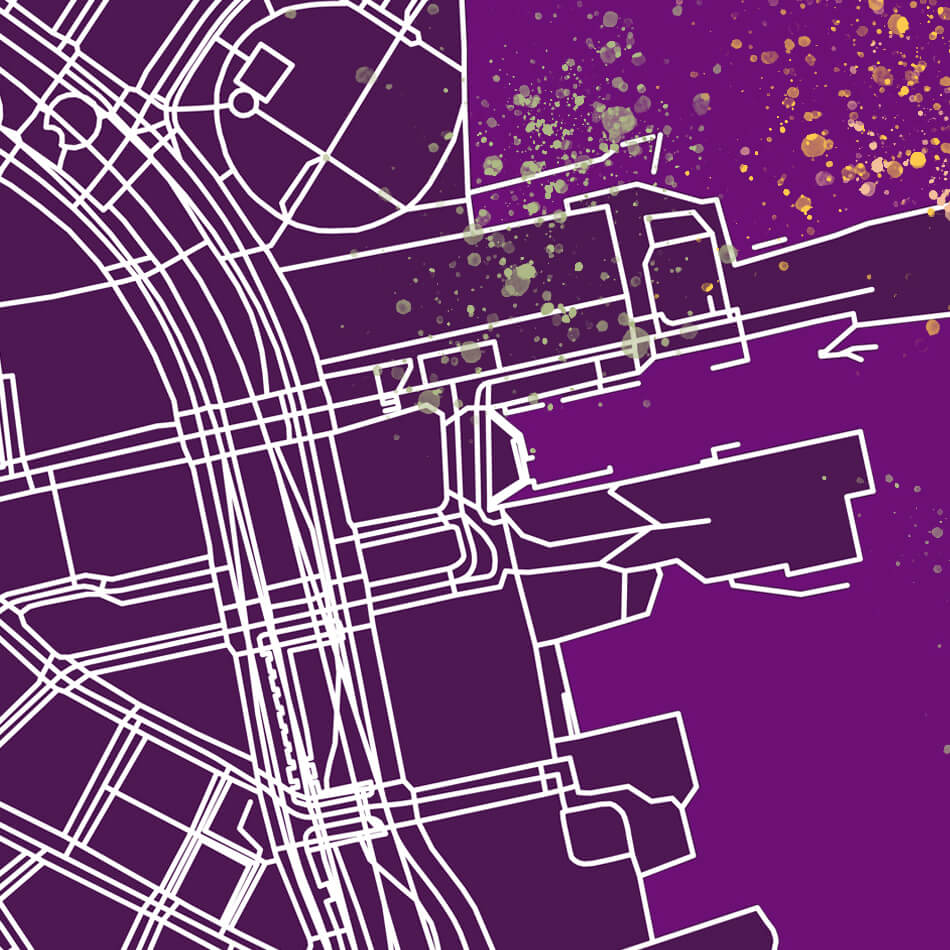 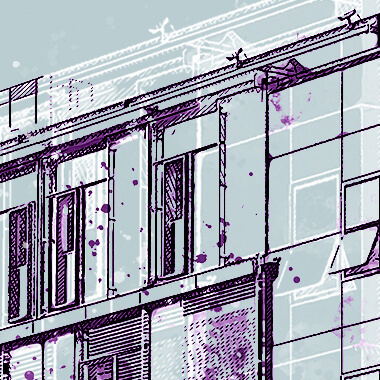 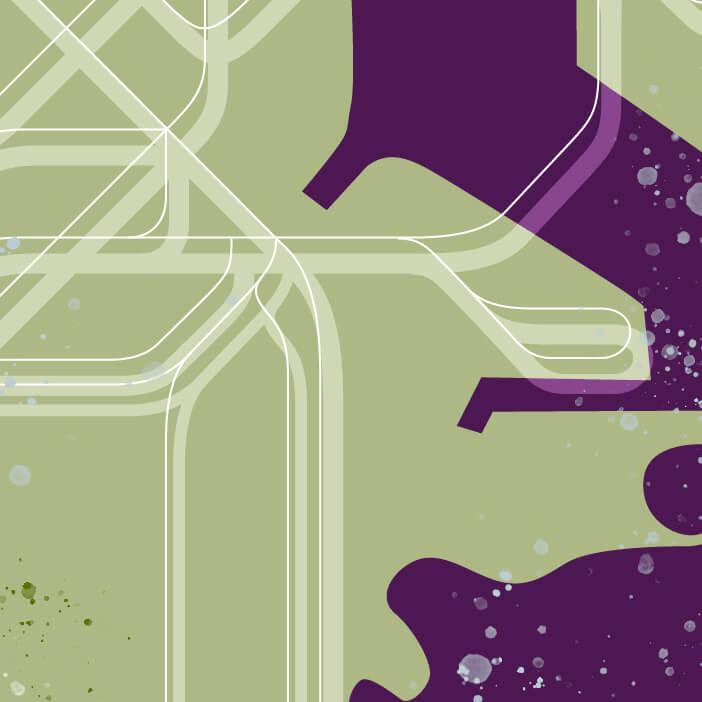 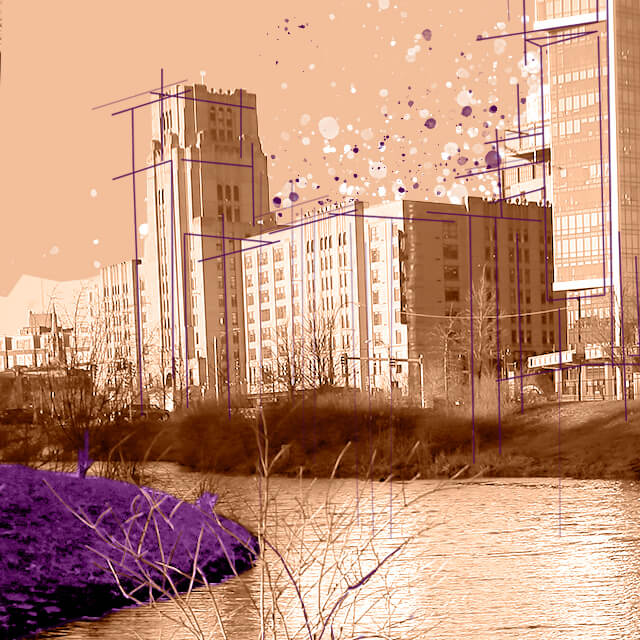 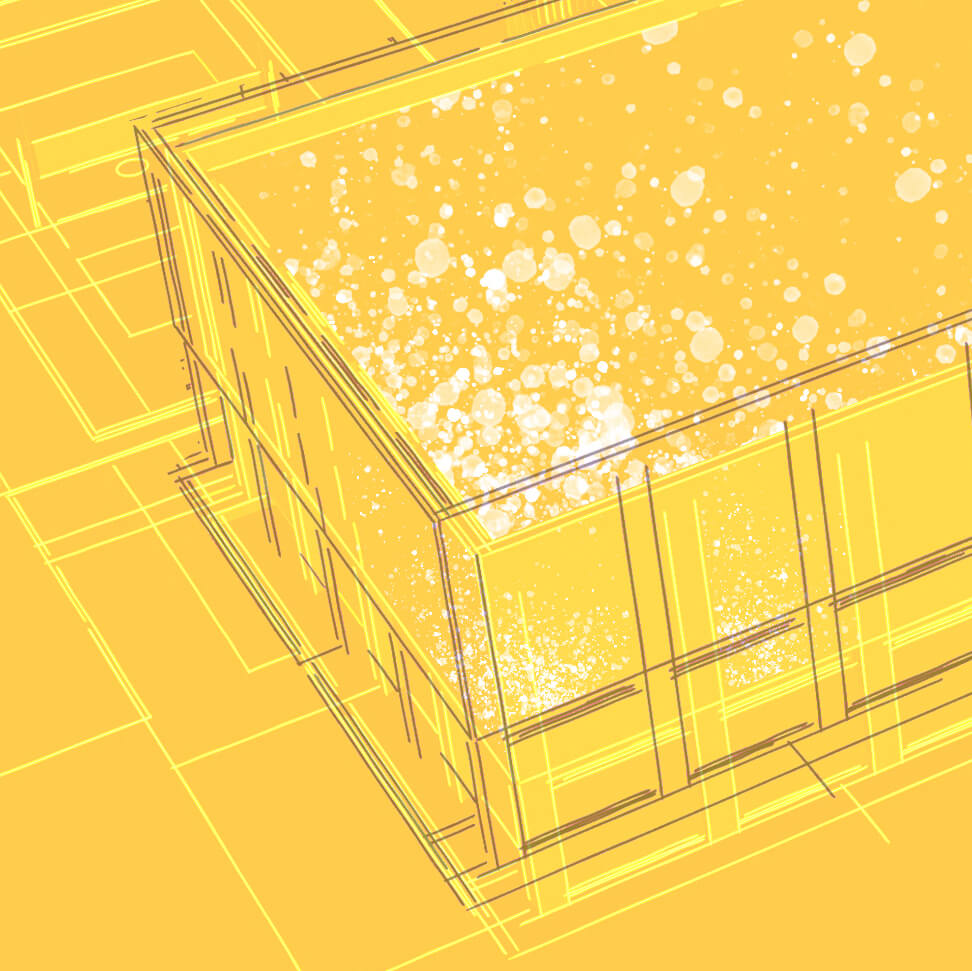 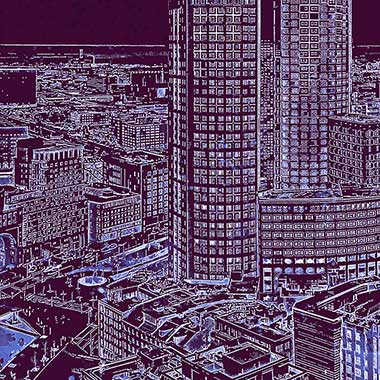 Anyone who lives in Greater Boston has a visceral feel for the housing crisis.

The fresh shock that comes with every check of the real estate listings. The flicker in the belly when it’s time to check the bank balance before the rent or mortgage is due.

The state gets credit for one recent, bold effort to address the crisis — a new law designed to push single-family-obsessed suburbs into allowing more multifamily development.

But much more needs to be done.

A couple of the most intriguing ideas don’t involve any construction at all.

One is direct cash assistance. We saw what it could do in the early days of the pandemic, when stimulus payments and enhanced unemployment benefits kept thousands of the region’s most vulnerable residents in their homes.

As the Boston Foundation has pointed out, that experience suggests that a permanent basic income of some kind could be one of the government’s best responses to the high cost of housing.

Another proposal, explored at greater length elsewhere in this Ideas package, is a massive expansion of public transit.

A subway system that stretched from downtown Boston to Woburn and Salem and Brockton, commuter rail service that was much cheaper and more frequent, and high-speed rail that zipped people from New Bedford and Springfield to Boston, would make it much easier for people with jobs and family in the expensive central city to move to areas with more affordable housing.

But if we need to build more housing — and we certainly do — how about this for an idea: an entirely new city.

We have a rich history, in these parts, of conjuring new communities. In the 19th century, industrialists with names like Lowell and Lawrence built mighty factory towns on the Merrimack River. And more recently, we constructed a towering new neighborhood — the Seaport — on a windswept warren of parking lots in South Boston.

The trouble with the Seaport, of course, is that it has become a glassy fortress for the mostly white and wealthy. And we don’t need more of that.

For a model of what we do need — something more diverse and affordable and lively — it’s much better to look south to the planned community of Columbia, Md.

The city, which is celebrating its 55th anniversary this year, was the brainchild of developer James Rouse, who insisted on a people-centered approach to urban design — one that allowed families to “grow in character, in personality, in love of God and neighbor and in the capacity for joyous living.”

That meant an extensive network of walking paths and playgrounds. It meant interfaith centers and mailboxes grouped together on each block to promote socializing. And it meant a very intentional plan for racial and socioeconomic integration in an era when bankers were excluding Black people with bright red lines on city maps.

Today, Columbia is a model of diversity — 50 percent white, 28 percent Black, 13 percent Asian, and 9 percent Latino. Its schools are strong and economic opportunity is robust. “I sometimes tell people this is a little bit like the Land of Oz,” Gary Ahrens, a retired-schoolteacher-turned-real estate agent, told Money magazine in 2016, when it declared Columbia the best small city in America.

Building something similar in Massachusetts would be a challenge. Land comes at a premium here. But that’s where the government could step in. State property could be repurposed for a model city. Substantial subsidies could underwrite affordable housing. And a visionary developer could take it from there.

Short of a new city, though, there are plenty of bold public investments to be made.

Public housing is a good place to start.

The Whittier Street development, across the street from Ruggles Station in Roxbury, was once a forbidding place. Crumbling brick towers and cracked blacktop. But no longer.

Today it’s flats and townhouses by the dozen, with tan, gray, and burnt-orange exteriors. There are laminate countertops, Frigidaire ovens, and GE microwaves in the kitchens. And the neighborhood kids ride down a shiny slide onto a soft, rubbery playground with red, yellow, and purple climbing bubbles.

The project, which will nearly double the number of units in the original development, isn’t complete yet. Crews still need to build a 21-story apartment tower on Tremont Street, with 9,000 square feet of retail on the bottom floor.

But what was once a superblock of concentrated poverty is turning into something far more hopeful: a mixed-income development that Preservation of Affordable Housing, the nonprofit revitalizing the Boston Housing Authority property, intends to stitch together with pedestrian-friendly streets, yoga classes, and all manner of social services.

The driving force behind the project is a roughly $30 million grant from the federal government’s Choice Neighborhoods initiative — a program that could use a major expansion.

Aimed at revitalizing public housing and the surrounding neighborhoods, it’s not large enough to fund more than a handful of overhauls each year.

Congress did expand Choice this year, increasing its annual budget from $200 million to $350 million. “But it’s not where it needs to be,” says Aaron Gornstein, president and chief executive of Preservation of Affordable Housing. “If we’re serious, it should be over a billion dollars.”

In Massachusetts, only about 40 percent of those eligible for housing subsidies have either a slot in public housing or a voucher they can use to rent a private-sector apartment.

A big voucher expansion would be helpful here, too.

Much of that would have to come from the federal government, which funds most of the vouchers in Massachusetts. But the Commonwealth has its own voucher program, too. And last fall, an obscure state Senate report raised the prospect of making vouchers available to every resident who qualifies.

Advocates picked up on the idea and have commissioned research by the Center for State Policy Analysis at Tufts University that will sketch out possible paths to that goal and estimate the cost.

In the meantime, they’re asking lawmakers to boost the budget for a key state voucher program from $150 million to $200 million — a first step toward a much larger investment.

Chris Norris, executive director of Metro Housing|Boston, says the idea is to make housing assistance an entitlement, like food stamps or Social Security — a fundamental building block of the government’s anti-poverty efforts.

Getting vouchers to those who need them would be a big victory. But historically, vouchers have had the effect of concentrating poverty. Recipients tend to use them in the low-income neighborhoods they’ve known their whole lives.

Some have good reason to stay in those neighborhoods, of course. Comfort. Proximity to family or a job. But in recent years, a powerful wave of social science research has shown that low-income kids who grow up in better-off neighborhoods have substantially better life outcomes. They are more likely to attend college, they earn more as adults, and they’re less likely to become single parents.

Massachusetts has a small program of its own. A major expansion could do wonders — turning some of the region’s most out-of-reach neighborhoods into engines of mobility. 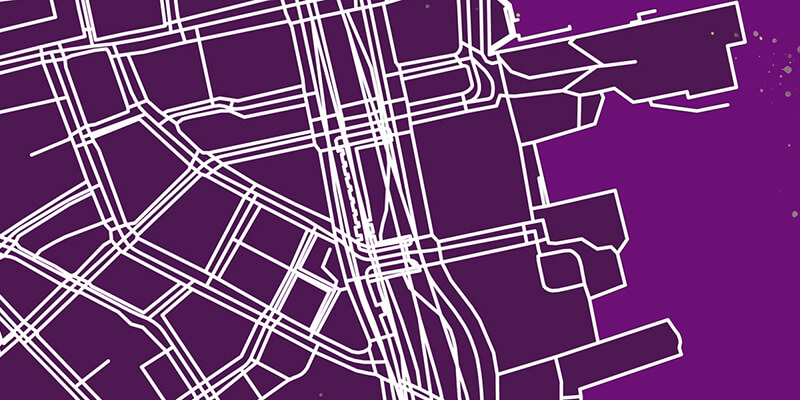 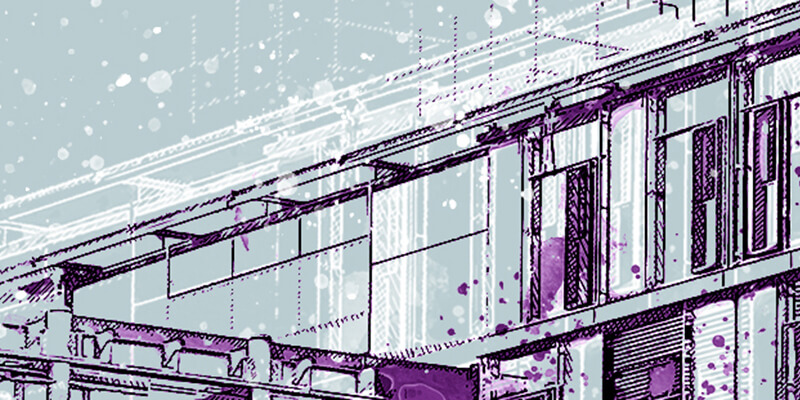 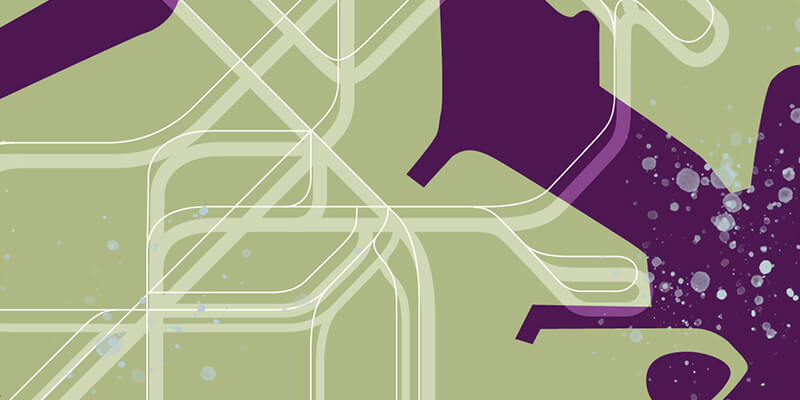 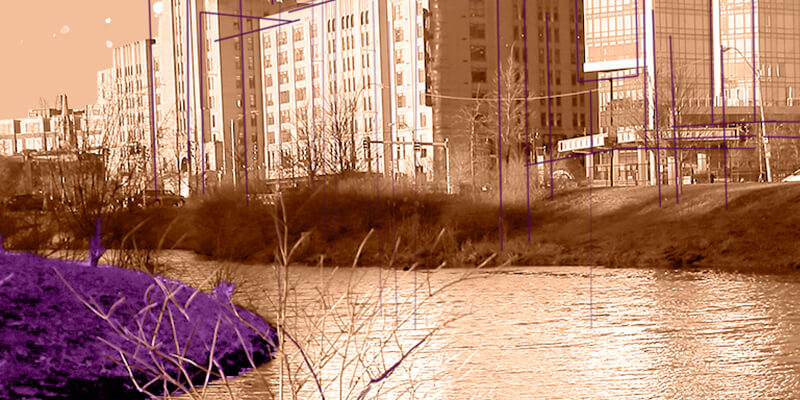 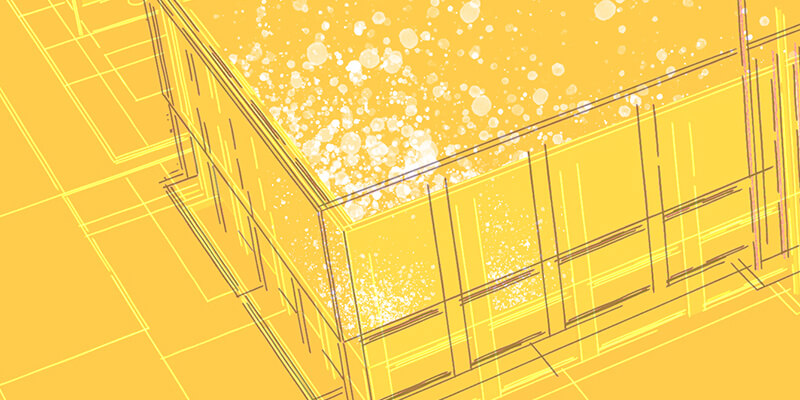