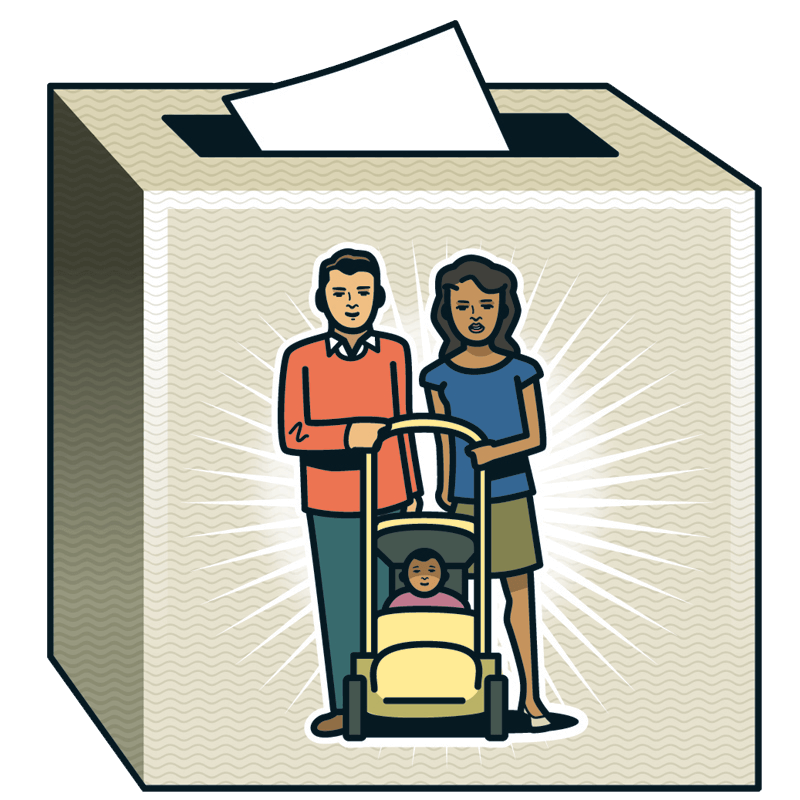 If Joe Biden were president, parents could rest more easily at night.

Upset that your children aren’t in school? Donald Trump’s bungled response allowed the coronavirus to spread while other nations contained COVID-19 enough to allow much more of daily life to return to normal. Biden, on the other hand, has experience handling crises, having been involved in the Obama administration’s efforts to contain swine flu and Ebola. He also helped update the national pandemic preparedness plans that were developed in George W. Bush’s administration. Trump’s White House abandoned that playbook and replaced it with an incoherent response that involves waiting for a vaccine and manipulating scientific agencies to make the picture look rosier than it is. Biden has the experience and respect for science that probably would have allowed more of our daily lives to resume sooner — especially schooling.

The air that they breathe. Ask your kids if they’re willing to take the chance that Trump is right that climate change is a hoax and that “it’ll start getting cooler.” What the US does in the next four years to address the climate crisis will define the future for the next generation. Biden has the most aggressive climate-change policy plans any major party’s presidential candidate has ever offered, and they’re achievable in ways that will stimulate economic growth. Biden’s environmental plans would also improve the quality of our air and water — for which the Trump administration has weakened longstanding protections.

Your kids’ prospects. Biden expects to dramatically improve educational opportunities for after high school. Largely through federal-state partnerships, he intends to invest in technical education and community colleges and sharply lower the cost of four-year schools. Trump has supported a cap on student-loan debt, but he offers little in the way of more substantive reform. Trump’s campaign says his educational priorities are providing school choice and teaching American exceptionalism — not exactly burning needs for most families.

Cutting the cord without compromising their health. When your children leave home, will they have or be able to afford health care? Trump wants to end Obamacare, but he has no plan to replace it with anything. Biden, one of the architects of the Affordable Care Act, has a thoughtful plan to expand it while allowing people to keep their existing health insurance.