THE HATE WE GIVE

Hate crimes are hurting everyone as America’s hate culture continues to be an epidemic. 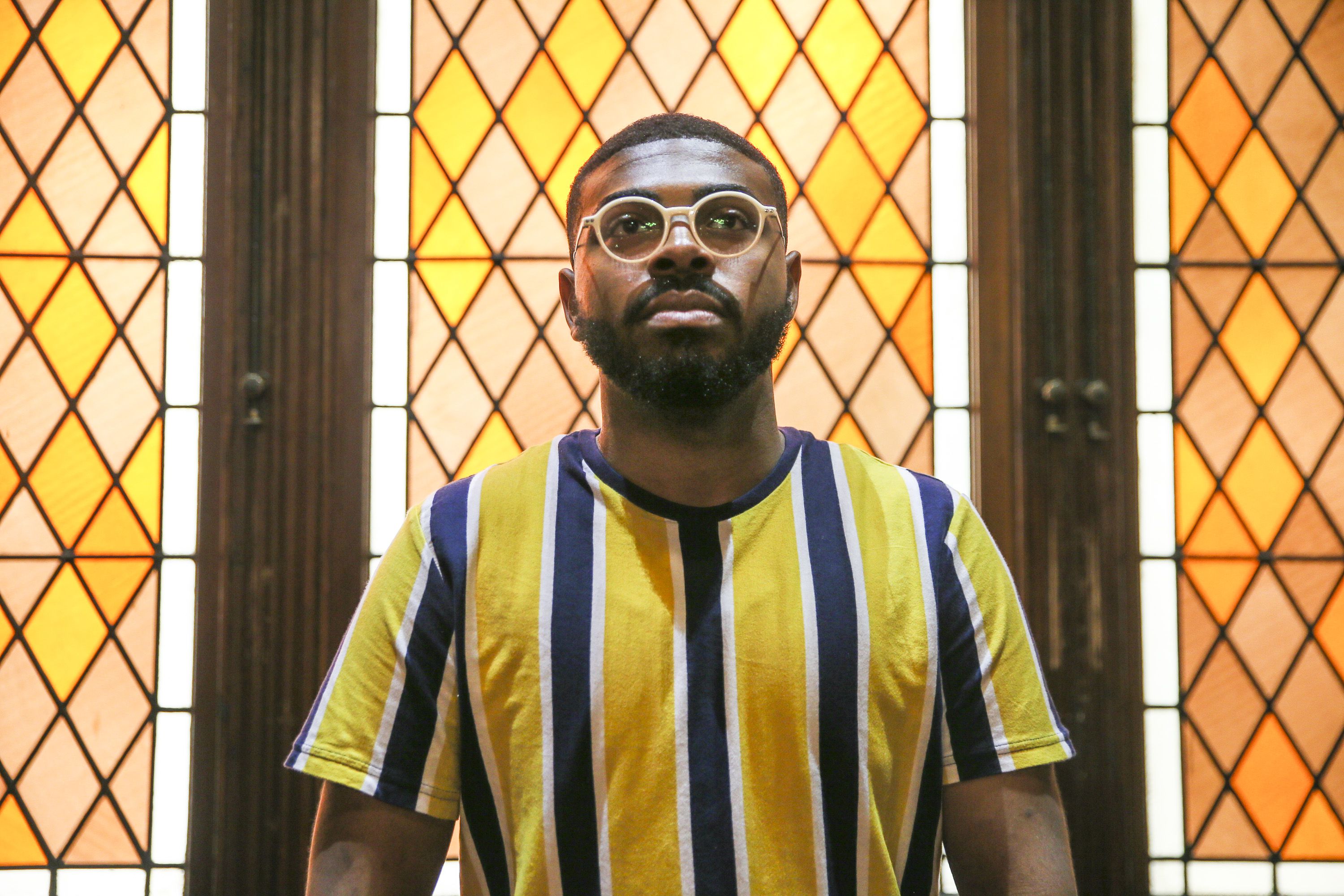 “I am learning self love. I love who I am and the skin that I am in as a Black and Puerto Rican man.” 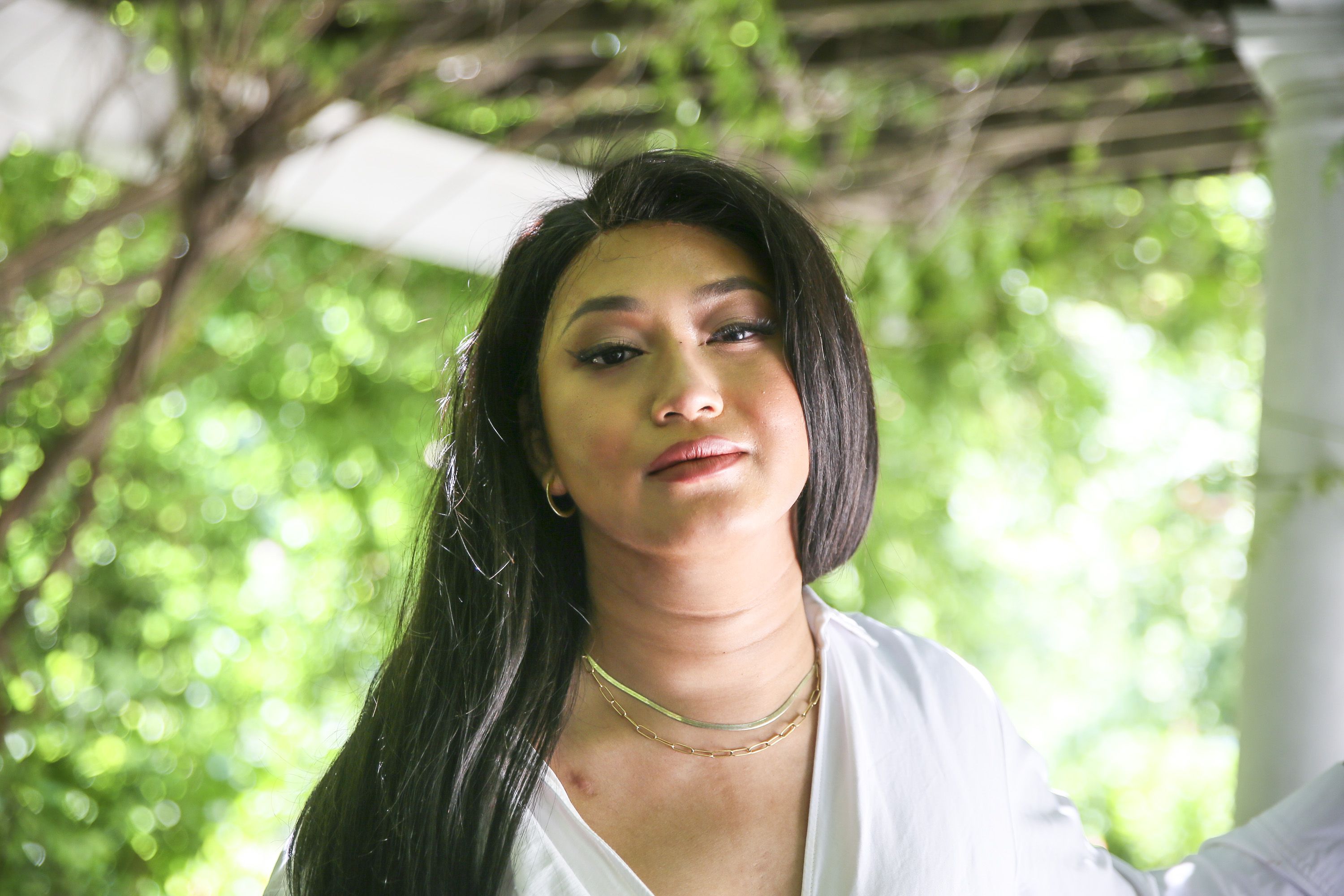 “There is a lot of homophobia and racism and liberal Boston doesn’t see it because they haven’t lived through it.”

“Everything comes back to my son. How do I teach him to be proud and Black and Latino and Jewish? It’s scary, a little bit.” 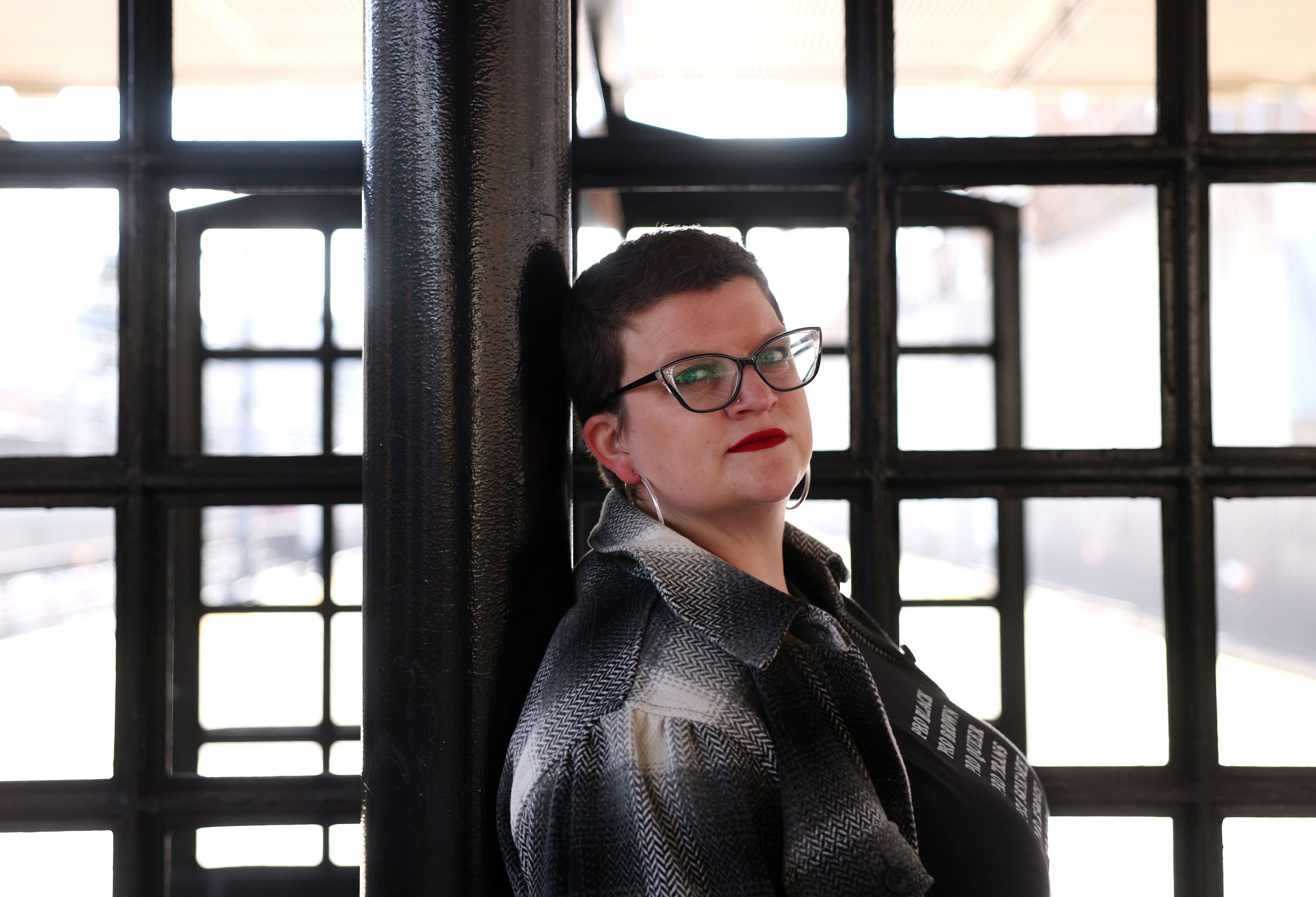 “I spend a lot of time in white Jewish communities talking about white supremacy, anti-Black racism, and antisemitism.”

“When I used public transportation, it was very normal for people not to sit next to me. There is a stigma associated with being hijabi.”

He and his family watched the news of the 17-year-old killed for walking while Black in a hoodie from their Boston home.

“I remember sitting on the couch, the couch I am sitting on right now, and from that day on I stopped wearing hoodies. That was it for me,” says Rivera, now 21.

“I was the only Black boy in my grade at a private Quaker middle school in Cambridge, that was a confirmation of how I felt, that being Black in America was seen as a threat to America,” he says.

In 2020, the year the pandemic started, the year Ahmaud Arbery, Breonna Taylor, George Floyd, and so many others were killed, the FBI reported the highest surge of hate crimes we’ve seen in 12 years. Some of the increase may represent a rise in victims feeling empowered to report. Still, the numbers are likely higher, given many victims don’t report out of fear, and other cases are misclassified.

According to the FBI data, over 60 percent of the victims were targeted because of a racial, ethnic, or ancestral bias. Of those crimes, Black folk were victims of hate crimes more than any other group: 2,871 crimes,up 45 percent from 1,972 crimes the year before.

The report is based on data received from 15,138 of 18,625 law enforcement agencies, and represent the most recent year for which the FBI has data.

Hate is a harrowing fact of life.

This week, a Georgia jury found the three white men who murdered Ahmaud Arbery guilty of a federal hate crime. The FBI reported 57 historically Black colleges and universities and houses of worship received bomb threats this year. Closer to home in East Boston, where a mother and daughter were violently attacked by two white women for speaking Spanish and walking home, we’re fighting to ensure the courts recognize the severity of that hate crime.

For Rivera, who is Black, Puerto Rican, and gender nonconforming, the report doesn’t come as a shock. He’s had all his identities targeted.

There were 517 anti-Latino/anti-Hispanic crimes in 2020. When you factor in anti-gay male and anti-queer crimes, the numbers surge, especially per capita.

“I am not convinced there will be change and yet I am so, so numb to what my reality is, even in my honest pursuit of wanting to dismantle and deconstruct this current reality. I don’t even know if I have the strength to respond to it,” he says. “It’s a damn shame.”

He may be weary, but the artist-activist is still proud, leaning on the church and his elders for motivation.

“I moan and groan listening to freedom songs and reflecting on this fight, even for young Black boys struggling with their identity and ideas of masculinity and what it means to be a Black man in America,” Rivera says.

“I am learning self love. I love who I am and the skin that I am in as an evolving Black and Puerto Rican man. I don’t think I could be any other way.”

For Candace Nguyen, to exist is a resistance to hate in this country. Trans folk, especially trans women of color, are targeted at horrifying rates. At least 53 transgender or gender nonconforming people were killed in 2021, the most violent year since the Human Rights Campaign began tracking these crimes in 2013. The year 2020 held the previous record, with 44 murders. The FBI report shows there were at least 213 anti-trans crimes in 2020.

“I know Black lives are still being murdered. Black trans women are being murdered. I wasn’t sure if it was OK for me to grieve. I almost felt bad for wanting to mourn. But thinking like that pits us against each other,” she says.

“I think it’s time for us to lean on other communities and be allies to one another. We have to hold folk accountable if they aren’t speaking up when they see the terror that hurts Black and brown folk and queer folk and trans people, too,” she says.

Nguyen’s family immigrated to Dorchester in the ‘90′s. She grew up in Fields Corner, where diversity is deep.

“It’s a huge Vietnamese community, a community for Cape Verdeans, and Dominican folks and people still can’t tell the difference between Vietnamese and other Asian groups. It was a lot of being called out of our names,” she says.

Xenophobia hasn’t subsided in adulthood. Anti-Asian hate has risen. And trans folk are in constant danger.

Her strength, she says, is in the people she surrounds herself with, but also the impact she has on others. As an artist, a drag performer, and activist, she is moved by the trans women of color who started the LGBTQ+ movement. For her, it’s about giving back.

“A part of me was nervous to do this interview because I knew it would be in the newspaper and as a trans person of color, I wasn’t sure I wanted to put myself out there and part of that is safety,” says Nguyen, 29. “But there is a lot of homophobia and racism and liberal Boston doesn’t see it because they haven’t lived through it. Just because we don’t see it doesn’t mean it’s not happening.”

There were 11,126 victims of reported single-bias hate crime incidents in 2020 as reported by the FBI: 62 percent were targeted by race, ethnicity, or ancestry. Twenty percent were hurt due to a sexual orientation bias. Over 13 percent were singled out because of a religious bias.

Though raised Catholic, she was always drawn to Judaism.

“This is a faith that allows you to question and encourages you to not accept things as quite literally the gospel truth,” says Allyn Cox, who began her conversion 10 years ago.

Now at 39, the South End director, artist, and producer is a Jewish mom raising her 8-year-old son Moshe in the faith.

“There are all these assumptions about Jews of color and I have had weird interactions at some synagogues where people are not sure why I am there or assume I converted for a man. It’s not always welcoming. Some of it is what I put on myself. Some of it is actually happening,” she acknowledges.

“My son is Black and Peruvian. My son is Jewish. A Jewish education is very important to me but I do wonder, have I made a mistake by not surrounding him with kids who look like him?,“ she asks. “But I also want him to be with kids who share his faith.”

Last summer, Rabbi Shlomo Noginski was stabbed outside of Shaloh House, a Jewish school and camp in Brighton. Last summer, we awaited the George Floyd verdict with our hands to our chest. Last summer, Boston Pride dissolved rather than diversifying.

“It’s stressful. Everything comes back to my son. How do I teach him to be proud and Black and Latino and Jewish? It’s scary, a little bit.” she says.

Surrounding her son with faith and a multicultural community is her mission.

“My fear and anxiety does not change my identity. It is more dangerous for me not to be who I am. I am not going to suddenly not be Black, not be Jewish, not be queer,” she says.

“What we teach our kids is what will move us forward,” Allyn Cox says. “If we live fully and loud and in power, embracing ourselves, my hope is the good has to outnumber and overtake the bad. To move forward, we cannot live in fear.”

Emilia Diamant says she always felt really safe being Jewish but she grew up in what she describes as white Jewish communities. According to the FBI, there were 869 anti-white crimes and 683 anti-Jewish crimes.

“I know the statistics are real. I am the descendent of Holocaust survivors and my mother’s parents fled the Holocaust, survived it,” says Diamant, 36, an educator and advocate. “I always felt safe being Jewish in America and being Jewish in Boston. But I have always felt this tension like I should feel less safe.”

She didn’t understand things as a child that she now knows are microaggressions. Comments were made about the food she ate, the language she spoke. Still, she recognizes her privilege and works to dismantle white supremacy.

“One of the things about me is I am not visibly Jewish. But that stabbing [Shaloh House] that happened was around my home. I spend a lot of time in white Jewish communities talking about white supremacy, anti-Black racism, and antisemitism,” she says. “Instead of seeing each other as opposing, how can we build solidarity?”

Fighting the oppression of all people is necessary. Walae Hayek is the 25-year-old cofounder of ROYA, a multicultural nonprofit dedicated to building a creative community for social equity advocacy.

Hayek has been harassed and attacked because she wears a hijab. The FBI documented 110 anti-Muslim crimes, and 71 anti-Arab crimes in 2020.

“My mom went through the same thing. She lived through 9/11. She didn’t leave her house for weeks at a time. And then there was the Boston Marathon bombing. It reignited the trauma. She sat us down and asked us if we really wanted to wear the hijab. My dad didn’t agree. But my mom said it is life or death, it is very real for us,” she says.

Hayek chose to wear the hijab, even when people misguidedly saw it as threatening.

“Claiming it, wearing it how I want to wear it, in line with my identity, gives me pride,” she says. “Many times, people have tried to pull my hijab and it is scary. People think, oh, we live in Boston, everything is OK. Things happen in Boston, too.”

Educating people on the nuances of religion and culture and normalizing other faiths beyond Christianity and Catholicism could help destigmatize everyone else.

“A lot of the terrorism that happens in America is white supremacy,” Hayek says.

Despite the hate, Hayek sees the beauty of her beliefs.

“I love that our faith is a lifestyle as opposed to a set of rules, a lifestyle of embodied kindness, of smiling in the face of your siblings, of charity, and that’s kind of how I operate my life — to spread goodness, to spread softness, and spread joy.”